Your are here:
come tour
Historical Tours
50 years "The Sound of Music"

The Sound of Music film locations in Berchtesgaden

The Sound of Music

The Sound of Music is a 1965 American Musical film directed and produced by Robert Wise and starring Julie Andrews and Christopher Plummer with songs written by Richard Rodgers and Oscar Hammerstein. It was filmed on location in Salzburg, Berchtesgadener Land and at the 20th Century Fox studios in California. Based on the book “The Story of the Trapp Family Singers”, the film is about a young woman who leaves a convent to become a governess to the seven children of a naval officer widower. The Sound of Music contains several popular songs, including "Edelweiss", "My Favorite Things", "Climb Ev'ry Mountain", "Do-Re-Mi", "Sixteen Going on Seventeen", "The Lonely Goatherd", and the title song, "The Sound of Music". The film won five Academy Awards including Best Picture and displaced “Gone with the Wind” as the highest-grossing film of all-time. The cast album was also nominated for a Grammy Award for Album of the Year. The United States Library of Congress selected the film for preservation in the National Film Registry. 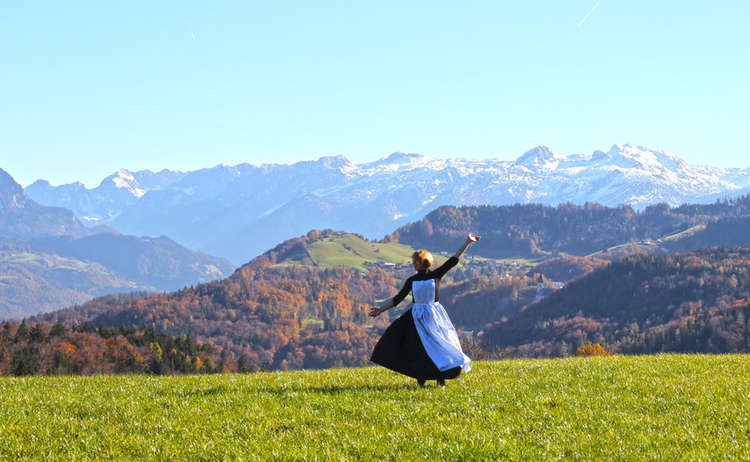 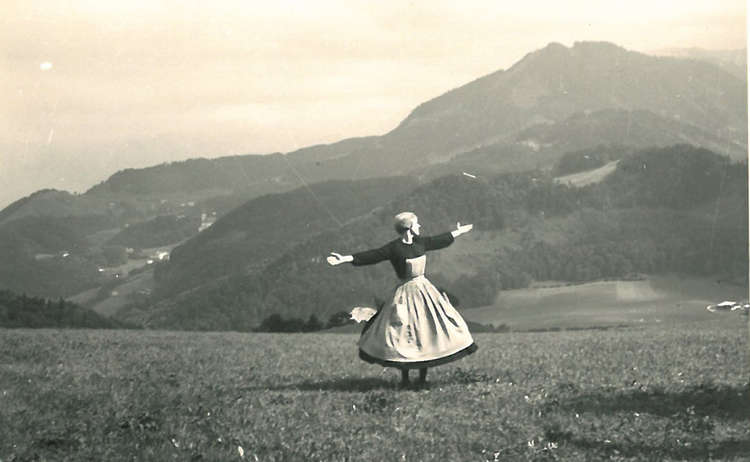 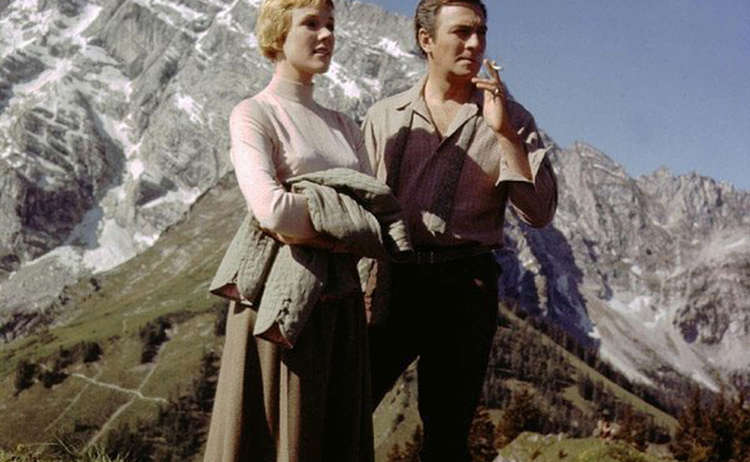 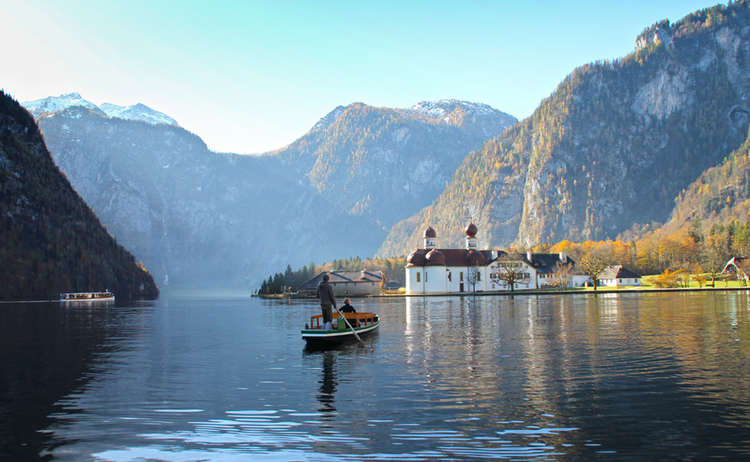 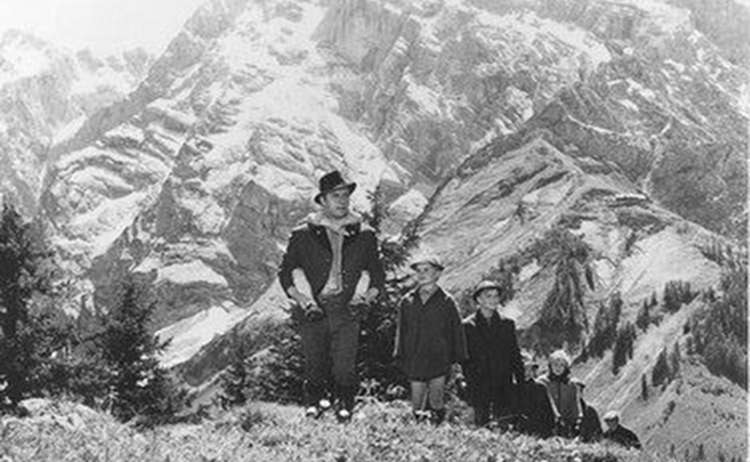 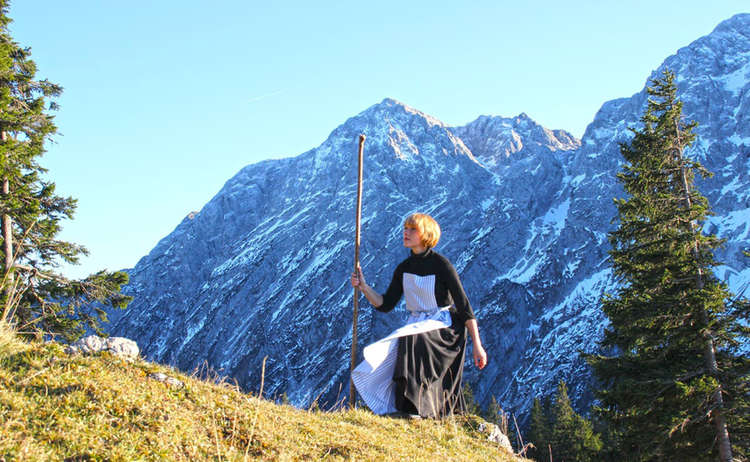 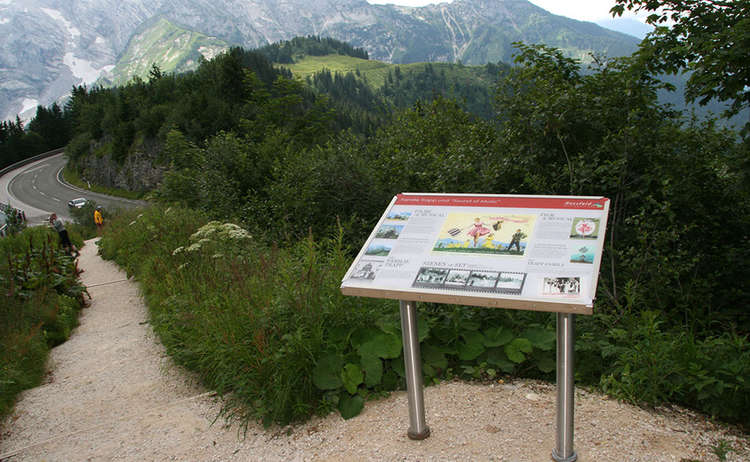 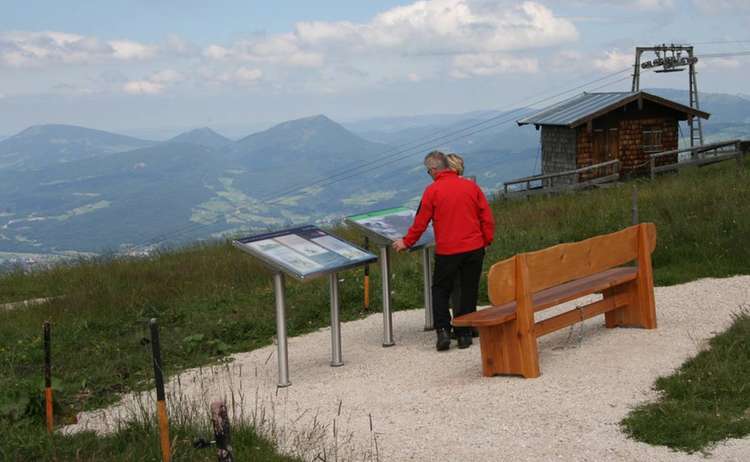 The world`s most successful musical-film "The Sound of Music" (1965) celebrates its 50th anniversary this year. The well known scenes with the renowned Trapp family were shot in Salzburg and partly in Bavaria. On the occasion of the anniversary, Bavaria aims to showcase its nostalgic film locations to the public. 300.000 tourists come to Salzburg each year to follow the family saga and relive the family`s touching history. A young tutor, who founds a children`s choir with the seven children of the submarine commander and widower Georg Freiherr von Trapp marries the baron, and they emigrate voluntarily to the USA to escape the Nazi-regime. The 20th Century Fox production won five Acadamy Awards. The opening and closing scenes - being of upmost importance for the dramaturgical effect, were, however, not filmed in Austria, but in the neighboring Berchtesgadener Land (Marktschellenberg, Rossfeldstrasse, aerial scenes shot at Lake Koenigssee and in Hoeglwoerth). Contemporary witness Anni Stocker has opened her private photo album. Numerous pictures show her and Julie Andrews on location. Mrs. Stocker`s farmhouse functioned as the world stars`s dressing and make-up rooms. Only a few weeks ago, Julie Andrews paid a visit to the green hill at the the border after not having returned for 50 years. She was accompanied by a dozen cameras by ABC and FOX, who are shooting a TV special for the anniversary.

Arial views of the lakes of Lake Königssee and Obersee: After the initial views of snow-clad mountains and valleys, we are treated to the classic view of Königssee with the peninsula of St Bartholomew and the Schönfeldspitze Mountain in the background. Then, the camera angles in on two white boats that have just crossed each other, trailing their wakes. We then view the area at the end of Königssee, called Salet, with a general view of Obersee lake stretching out behind the thin strip of land that separates the two bodies of water. The final shot here shows off the same scenery from a higher perspective.

The helicopter’s flight above the former Augustinian monastery of Höglwörth gifts audiences with a bird’s eye view of the ancient abbey’s idyllic location. Crowning a verdant peninsula that leans out over a small lake, Höglwörth’s onion-domed steeple and colorful monastic complex form a harmonious cluster against the woodland backdrop. Sunlight shimmers on the lake’s surface like a constellation of silver stars… Stunning locations such as this, helped to depict the pristine alpine region of mountains, forests and lakes in which the von Trapp Family lived.

This is the site of the world's most famous cinematic opening scenes. Among 6 different shots of Maria at this location, the best remembered is her iconic twirl as she breaks into song: “The Hills are Alive”. The initial shoot is from the air but the remaining scenes are filmed up close: Maria walking among birch trees (moved here for the shoot), crossing a stream (a trench was dug and filled with water), climbing a bluff and walking along its crest as she ends the song. Hearing the abbey’s bells, Maria runs down the hill, with Berchtesgaden’s landmark, Mt Watzmann, rising in the distance. The film location (Mehlweg, Marktschellenberg) is not accessible at present because it is private property and is used for agriculture. Please respect the owners concerns. Please contact the Tourist Info Marktschellenberg for updates.

The movie’s closing scenes were filmed on the crest of Mt Rossfeld. Against the backdrop of Mt Hoher Göll and the Purtschellerhaus, we see Captain von Trapp carrying Gretl on his back as he leads the family through a flowering meadow. In the very last scene, the von Trapps walk along a ridge, while in the distance we make out the “Eagle’s Nest” (Kehlsteinhaus), the Reiteralpe & Untersberg mountains, as well as the valleys of Berchtesgaden and Salzburg. Throughout this dramatic 'escape', “Climb Ev’ry Mountain” plays in the background in the film’s emotional finale.

Salzburg / Salzburger Land
Mirabell: Several locations within Mirabell gardens were used for the second the end of "Do, Re, Mi"

Leopoldskron: The area next to the palace was used for numerous scenes supposedly set in the backyard of the von Trapp home, overlooking the lake. The most famous are: when the children and Maria capsize their rowboat, sipping pink lemonade, playing ball with Baroness Schraeder and Maria's return from the abbey.

Hellbrunn: The gazebo now located in Hellbrunn park was originally built at Leopoldskron and moved later. The gazebo was seen several times in the distance, but also used as the setting for "Sixteen, Going on Seventeen" and "Something Good".

Nonnberg: The front gate of the abbey was used for 4 scenes: Maria leaving the abbey, the children hoping to visit Maria, the arrival of the agents looking for the von Trapps and the family's escape in the abbey's car. The courtyard between the entrance gate and the church door was used in two scenes: Maria leaving the abbey ("What will this Day be Like?"), as well as Reverend Mother and Sister Margarethe talking about Maria.

Felsenreitschule: The Rock Riding Theater was used for the family's concert at the "Feistival" and their ensuing 'escape'.

Salzkammergut: Schloss Fuschl was seen from above. There was a panorama of Wolfgangsee with St. Gilgen. The children and Maria took the steam train climbing up. The interior of Mondsee church was used for the wedding scene.

The film location (Mehlweg, Marktschellenberg) is not accessible at present because it is private property and is used for agriculture. Please respect the owners concerns. Please contact the Tourist Info Marktschellenberg for updates.